As you might already guess, I love sisig but I have never attempted to make it at home. But where did the dish originate from you might ask. The late Lucia Cunanan of Angeles City has been credited with inventing sisig. The Philippine Department of Tourism has acknowledged that her “Aling Lucing’s” restaurant had established Angeles City as the “Sisig Capital of the Philippines” in 1974.The dish is said to have originated from locals residents who bought unused pig heads from the commissaries of Clark Air Base in Angeles City, Pampanga. Pig heads were purchased cheap since they were not used in preparing meals for the U.S.Air Force personnel stationed there.

So for my first attempt at re-creating one of Pampanga's signature dishes, I wanted to get pretty authentic...well try at least. So where was I going to find parts of a pigs head on a Saturday night on such late notice? All the local Asian butchers didn't have any for me so it was on to plan B. During a recent conversation with Chef Dom from San Francisco's Mercury Lounge, he recommended that I used pork shoulder, which is available anywhere. So I picked up a couple pounds of pork shoulder and my other ingredients and headed over to my brother in-laws house for a late night BBQ.

My favorite thing about eating and cooking Filipino food is that the food should be shared with others. From cooking it, eating and of course cleaning up. While we were preparing the ingredients, we joked about being back in the Philippines and how a bunch of men would go about cooking BBQ. A friend of mine who lived in the Philippines noted that, beer, cigarettes and a whole lot of shit talking is pretty much the norm. So we definitely tried to keep the ambiance true to a typical Philippine night.

So let's get to cooking. You can do whatever you like at this point and I'm definitely not the authority with sisig recipes. Slice your pork shoulder into 1/2 inch strips and depending on your cholesterol, you can leave the fat for added texture and flavor. In a bowl, combine your pork along with 3 parts soy sauce and 1 part white vinegar. (I winged the measurement here but it was close to 1 cup of soy and 1/3 of vinegar) Season your meat with salt and pepper if you must. Cover the meat and store in the fridge for 1 hour.

The rest of the ingredients are simple now. I used 1/2 a  large onion, 2 jalapenos, 1/2 a bushel of cilantro and a 1/4 cup of garlic. Cut your onions, jalapenos, and cilantro into small pieces and set them aside for later. 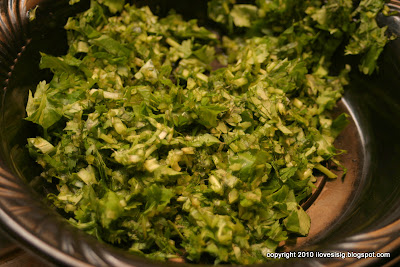 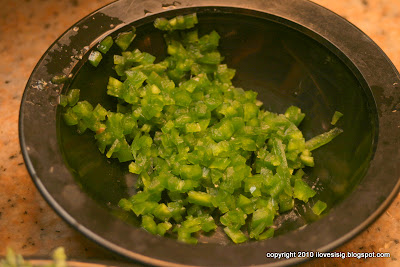 Now comes the part where you grab your meat, beer and whatever else you want to bring to the grill. Grilling your meats over charcoal or wood is preferred but I won't wont hold it against you to use your propane methods if you must.  Make sure to watch your grill for any flare ups because the marinade might cause you to burn your pork. Well, after we had a few beers and talked about everything from starting our own food truck to how many douchebags we know, our meat was grilled to perfection. 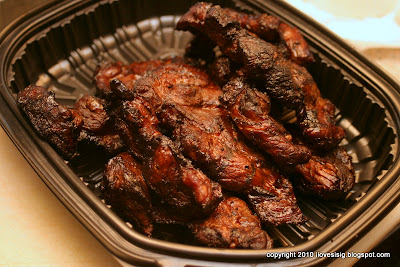 Make sure to let your meat rest. "Resting," or standing, after cooking allows the meat to reabsorb its flavorful juices. Now after the meat rests for a while (time it by drinking another beer), slice your meat into small cubes. 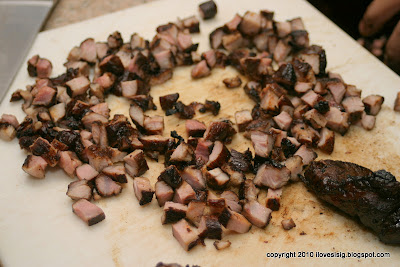 Now here's the point where I freestyle and make up my own cooking technique for sisig. I didn't have a cast iron plate to finish my sisig like the pros do so I combined all my ingredients into a bowl. I squeezed some fresh calamansi into my mix to kick up the flavors. Drop all of your ingredients into a skillet and toss it aroud for a minute or two. We added an egg at this point but it's totally optional. 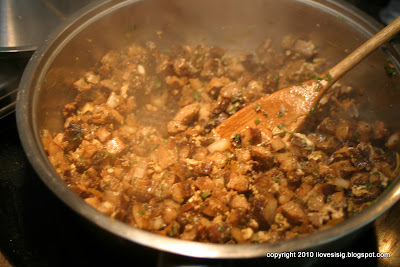 Now that's about it. Plate your sisig, dress it up and take your photos. But no "pulutan" (from the Filipino word pulutin which literally means "something that is picked up") is complete without a few shots of your favorite drink. We definitely had a few of those during the course of the night. And in honor of our Filipino Taco trucks, we added a few tortillas to the meal.

Well, I can't complain on my first attempt at making sisig at home. It was pretty tasty and I got a the thumbs up from the in-laws who straggled in from Vegas trip. I still want to track down some pig heads and try the OG way of making pork sisig one day, but for now I'll stick with sisig ni Fred and keep shit taking and beer drinking like my people in the Philippines do. Kainan na!

Here's an old video featuring the late Aling Lucing and how she came up with her sisig recipe.

Posted by sisigblogger at 4:47 PM

Email ThisBlogThis!Share to TwitterShare to FacebookShare to Pinterest
Labels: Recipes